Linda Baer and Brent Payne came together with a vision:

We saw that combining our expertise in education, personal development and high ticket direct sales, it would lead people to happier and healthier lifestyles. We realized that sharing our mutual affinity for financial freedom and endless adventure would allow anyone to become the best version of themselves.

Thus, VIM was born. The word itself defines the way we live our own lives. Robust, enthusiastic. An energetic spirit. Powerful. A capacity to develop and grow.

We felt that we could impact the entire world by sharing what we had already achieved. Why can’t everybody have an opportunity to make money and live a fulfilling life, full of positivity and vigor? With VIM, now they can. Right out of the gate.

What would be possible if the people around you refused to let you fail? As a group, that is what we stand for! We stand and support the success of each individual within VIM. We stand for better relationships, achieving goals, creating time freedom and enabling people to make more money than they ever thought possible. We want you living in the now, always present and purpose driven. Giving up is not in our vocabulary. As a group, as a community we will succeed.

To that end we embrace a culture where we:

Invest in positive people who support our goals- With VIM you are surrounded by those who challenge you, support you and make you a better person and help you move forward powerfully.

Persist—despite the odds, the naysayers and the obstacles. We won’t take “no” as an answer and have become experts in exerting multiple attempts until we get what we desire.

Encourage the Power of Now - by taking massive action that moves you closer to your goals and values. Push yourself right now! You might as well start somewhere and it might as well be now!

“Sticks in a bundle are

““The moment you value yourself the

Our core values become the guiding principles of our company, our organization and our community.

Integrity – As the respect and value you command increases you become more influential, inspirational and motivational to others with your actions. You become a positive example for all to emulate. Demonstrate integrity by doing what you say you are going to do, being positive in your actions, helping others, making them feel good about themselves and making positive choices in your life.

Gratitude – Live with a deep sense of appreciation for those around us, for our health, and well-being. Also we acknowledge that the difficult times we’ve endured, only made us stronger, better and more resilient. We offer thankfulness for everything coming our way and seek joy in the simple things in life.

Authenticity – We accept our strengths and weaknesses while holding ourselves 100% accountable for all our actions. Becoming genuine and real, with ourselves and others, allows us to connect deeply because it requires transparency and vulnerability.

Dynamic and inspiring, Brent Payne has made a life’s work in pursuit of enlightening and enriching the lives of everyone he’s encountered around the globe. Who would have guessed this was the future for a small-town boy from rural Missouri?

From the farm in Springfield and a subsequent family move to the urban grind of New Jersey, there were two things in common for Brent Payne—a rebellious skepticism of traditional routes and his passion for music.

He pounded out his conflicts and directed his energy to the drums where at only 18 years of age, Brent was recognized and selected to become the youngest member of a world-touring rock band. His education on the road led to many highs and peak experiences with the people and cultures from dozens of countries. It led to his love of humanity and the acceptance and realization that all living things are at their core, deeply connected.

Still, friction with the band and an unfavorable recording contract left Brent with valuable life experience but little money. Wanting a break from constant touring, he dropped out of the band and took a job as a bartender in Oklahoma. He was still entertaining and performing but on a smaller stage. It was this decision that changed his life around.

Again the non-traditional route was embraced. Brent Payne was introduced by a patron to network marketing, a $180 billion annual industry that empowers the struggling middle-class to bypass the rigged game run by corporate empires of the world.

The rebel and showman in Brent was immediately engaged and after spectacular initial success, he teamed up with a partner to form Liberty League International, still the number one big-ticket network marketing company in history.

It was the turn of the new Millennium and new concepts in business and technology were revolutionizing the opportunities available to the common man. Serving as frontman and CEO, Brent Payne crafted a global industrial giant that featured the groundbreaking personal development program Beyond Freedom. Tens of thousands of people were able to quit their dead-end jobs, discover new horizons, generate untold wealth and true personal freedom.

The hallmark of LLI was it’s barn-burner events that Brent put together, celebrating personal development and connecting energized entrepreneurs in exotic locations from Fiji to Rome with stops in Sydney, Cancun, the Bahamas, Greece, Vancouver, Honolulu, Los Angeles and many, many more.

The love of people has always driven Brent Payne. With Beyond Freedom available in 28 countries, he was constantly seeing, hearing and meeting people all over the planet sharing personal stories of triumph over tragedy. So when technology offered the ability to serve up personal development resources at our fingertips, Brent typically jumped in with both feet and never looked back.

He has now entered into a partnership with educator and ultra-successful businesswoman Linda Baer and created VIM, the ticket for health, well-being, focus and prosperity that is constantly supporting us wherever we go. The pair have painstakingly developed VIM and it’s multi-faceted advantages as a platform that connects the dots between business, personal enlightenment and wealth accumulation.

And now Brent Payne has come full-circle in order to shine a guiding light on the non-traditional path he has taken. It’s a step by step journey outside the norm that accords tremendous results. With just a little bit of risk and a leap of faith, VIM simply amplifies the possibilities, allowing people to live the dreams they never thought possible. And to Brent that’s what it’s all about! 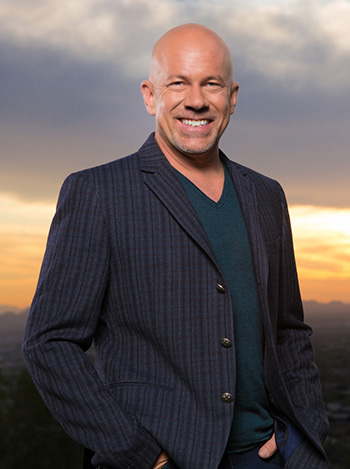 Both driven and fun-loving, Linda Baer was on the fast track from her earliest memories. This middle of the country Missouri kid was taught by her parents at a young age that nothing can stop her. Linda was the first person from her college ever elected as class president two years running. A high-powered corporate job was her next goal and and with her optimistic attitude she scored big time, excelling in a corporate setting. Her mindset was firm: nothing holds her back from achieving her goals. It’s an attitude she applies even today.

While Linda was living and working near Chicago, she constantly traveled for business. One day she met a man on a flight who noticed her sitting six rows away. They struck up a conversation that lasted several months and then extended even longer as her long-distance relationship with Rich Baer, eventually turned into a long-distance marriage.

By all accounts the perfect couple, Linda Baer loved her job but loved her husband more and decided to give up one to be with the other full-time. It required a move to a different city and transitioning to a home with stepkids and to a nascent business that Linda took from $250k in revenue to $28 million. All this during an uncertain economy and with her husband’s business was in a bit of trouble. Linda says if you wait for the perfect time in life, you’ll always be waiting for your next chapter to begin. She turned ABcomm into one of the premier medical education companies in the country, operating over 6000 seminars and certification activities per year.

Clearly the move paid off. They had it all, good friends, meaningful work, a luxury lifestyle and a deeply loving relationship. A daughter Mikayla was born and it became a modern day fairy tale. But then came the cruel twist of fate. Her husband, trained in Coast Guard rescues was diving for abalone when he was trapped under the water by kelp. He was pulled from the water not breathing before her eyes. His tragic death turned Linda’s world upside down. After dealing with severe grief, came the realization that starting over again was an enormous mountain to climb.

For the first time in Linda Baer’s life she doubted herself. And it was through personal development that she learned to embrace life again. She is now so passionate to show others how to get derailed lives back on track that she co-founded VIM with network marketing icon Brent Payne. VIM is the ticket for health, well-being, focus and prosperity, using the latest technology to constantly support us right inside our purse or front pocket. The platform connects the dots between business, personal enlightenment and wealth accumulation. VIM amplifies the possibilities, allowing people to live the dreams they never thought possible. Linda Baer has always known how to fulfill her dreams. Now through VIM, she is sharing her secrets so that anyone else can do the same. 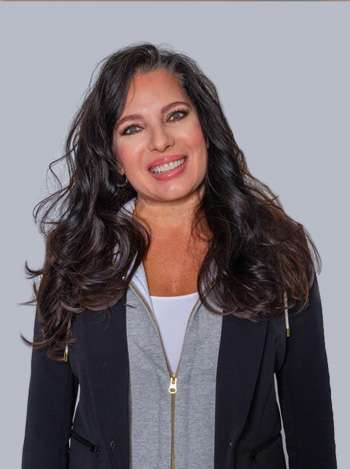 “For it is in giving

Returning our own good fortune back to our communities (and to the world) is one of the most important things we can do as individuals.

At VIM, we are committed to giving back through tireless humanitarian efforts.

True giving is performed with no intended benefit to ourselves. We contribute out of the goodness of our hearts. That doesn’t mean that we derive nothing in return. Giving deeply connects us with others and enlightens us to alternate perspectives. Research shows that giving to charity makes us happier and healthier too.

To that end, VIM has pledged to not only give back to our own communities, but also to identify issues and contribute to those most in need in the locations where we host our live events.

As part of our program we also encourage our affiliates toward random acts of kindness where ever they may be. It’s like dropping a pebble into a lake. The waves radiate outward. The good vibes and happiness from even small actions, come back to us in the form of a better world. And creating a better world is what we are all about.